Steam turbines can reliably run for 30, 40 years or more. However everything wears and eventually fits, finishes and tolerances become unacceptable. For instance, the rabbet fit on the coupling faces of a three bearing machine will eventually become loose and in need of repair. This defect can cause misalignment, abnormal vibration levels and undue stresses on the rotors.

On a three bearing machine the contact area of the coupling faces is also referred to as the friction face. This is where the torque of the coupling bolts exerts the necessary clamping pressure to hold the coupling halves together without any movement. The normal criteria are 0.000″ to 0.001″ interference for the rabbet male to female fit. Clearance is not permitted. Once this fit becomes too loose then any kind of abnormal event, like a full load trip or synchronization of the generator out of phase could cause a small shift of position at the coupling due to the shaft torque. Since the alignment specification is one half of a mil per foot of shaft from the center of the coupling, any movement at the coupling halves can translate into a misalignment problem.

There are basically three components that need to be maintained in good condition: First is the interference fit of the male to female rabbet. We have already described the importance of this. Next is the condition of the friction faces of the coupling. The faces should maintain a surface finish of 63. They should be hand cleaned only and should never be stoned. Last but not least is the integrity of the coupling bolts.The coupling bolts can fatigue and yield over time from being loosened and re-torqued repeatedly. One should check for galls and burrs which might be evident under the bolt heads or on the flat surfaces of the nuts. The coupling bolts should be inspected nondestructively for cracks during every major inspection. All three items are simply mechanical devices which can be overlooked or assumed to be acceptable for continued service. In reality they can cause misalignment, abnormal vibration levels and undue stresses on the rotors.

Although four bearing machines do not have this particular problem, any deviation from any specification can potentially cause problems either immediately or down the road. 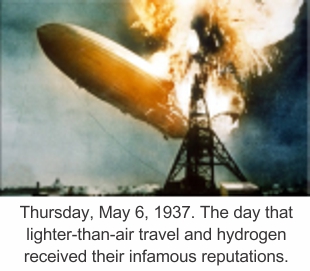 Hydrogen was first proposed as a cooling media for rotating electrical machinery in 1925. The first hydrogen-cooled machine, a 12.5 MVA synchronous condenser, was placed into service in 1928. Nearly a decade later, in 1937, the first hydrogen-cooled turbo generator was commission by Dayton Power and Light in Dayton, Ohio – a General Electric 31.25 MVA, 3,600 RPM unit. Coincidently, this was the very same year that the German passenger zeppelin, Hindenburg, met with its fiery demise.

So why use hydrogen to cool a generator? Despite its reputation, hydrogen gas has qualities that make it a superior heat transfer media and internal atmosphere for a generator. Hydrogen is much less dense that air. Cooling fans can move up to fourteen (14) times as much hydrogen as air using the same amount of power. Combine this with the fact that hydrogen conducts seven (7) times more heat than air. At the same time, hydrogen has a higher heat transfer coefficient; meaning it is better at picking up heat from a hot surface. Hydrogen also has approximately the same specific heat characteristic as air, since they both can carry about the same amount of heat.

Hydrogen does not support combustion. It only becomes volatile when mixed with air. What makes the mixture so deadly is the breadth of its explosive range – from as little as 4-percent to as much as 74-percent. The potential energy release from a hydrogen-fueled explosion is enormous:

Due to the volatility of hydrogen gas, the power generation industry employs tried and true procedures for its monitoring, handling, and disposition. Fires and explosions do occur, though their frequency is miniscule in comparison to the sheer number of hydrogen-cooled generators in operation and the vast quantities of hydrogen handled on an annual basis. The positives far outnumber the negatives. Hydrogen has been an internal cooling media of choice for the last eighty years and will continue to be so for the foreseeable future.