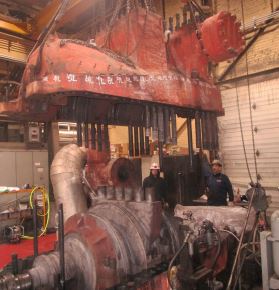 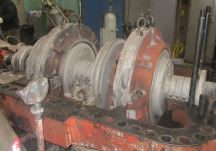 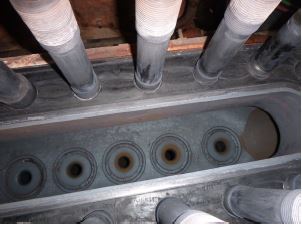 We recently completed another Murray Steam Turbine overhaul at our Steam Path Repair facility in Pevely, Missouri.  We completely disassembled the unit, replaced damaged blades, performed minor diaphragm repairs, performed minor case repairs, balanced the rotor, and reassembled the unit for shipment.  If you have an industrial steam turbine that will need inspection and repair in the future please contact us for a free estimate.  Our qualified repair technicians perform excellent work, and you can rest easy knowing your turbine will run smoothly and efficiently throughout the next run cycle.

We recently completed a Major Inspection on a Westinghouse Steam Turbine and Hydrogen-cooled Generator for a Utility in the Southeast U.S.  The project consisted of inspecting the HP/IP Turbine, LP Turbine, and Valves.  The steam path components were blast cleaned and inspected, with minor blade repairs performed on-site.  The turbine rotors had boresonic inspections performed, confirming the good condition of the components.  Bearings T1 – T4 were inspected and found to be in good condition.  The oil deflectors were re-toothed and machined at our qualified repair facility.  The Governor Valves were sent to our valve facility in Gainesville, Georgia where a flexitallic gasket modification was performed.  We performed on-site machining of the steam chest to accept the newly modified gaskets.  The Throttle, Reheat Stop, and Intercept Valves were all inspected at site.  A laser alignment was performed to align steam path components.  Final reassembly was completed, and the unit was turned over to the customer for startup.   This was another excellent project where we finished on-schedule, on-budget, and most importantly – zero safety incidents.  Great work by the PSG team!

We were recently contracted by a major utility in the Midwest U.S. to repair a damaged shaft at one of their power generating facilities.  The remediation process included machining the existing shaft to remove the damaged area and hard spots, weld build up of the shaft, and final machining to achieve desired diameters and tolerances.  This repair was performed by our trained technicians, utilizing specialty equipment designed for this application.  The end result was a repaired shaft, and a happy customer.

If you have any shafts in need of repair at your facility please contact us to discuss.  To learn more about our shaft repair services please CLICK HERE for the latest brochure.

We were recently contracted to perform a modified Combustion Inspection on a Westinghouse 251B Gas Turbine by a customer in the United States.  Below is a summary of the activities we completed during this inspection.  All activities were completed with an attention to safety, and our quality processes, to ensure a successful outage completion.

Upon arrival for setup of tools the unit was shut down and locked out to perform the inspection. The necessary roof sections were removed for crane access to disassemble the components. All combustion parts were removed and replaced with new/refurbished during the inspection – pilot nozzles, support housings, baskets and transition pieces.

During this outage, the upper half compressor case was removed for the inspection of the R1 – R7 in the compressor section. 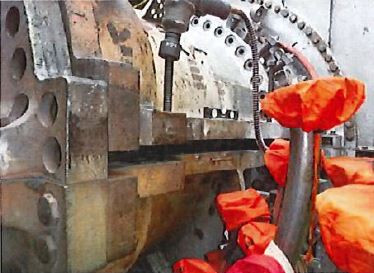 During this inspection, due to the condition of the compressor it was decided to remove two bottom R-1 vanes (#21 & #22) for a visual inspection and then reinstall.

The exhaust was opened, and the bullet cone inspection cover was removed for inspection of the exhaust bearing pedestal. The exhaust struts were inspected, and cracks were repaired as needed by the site welding contractor.

The end result was another successful turbine inspection – zero safety incidents, quality work, and an on-time and on-budget outage completion. 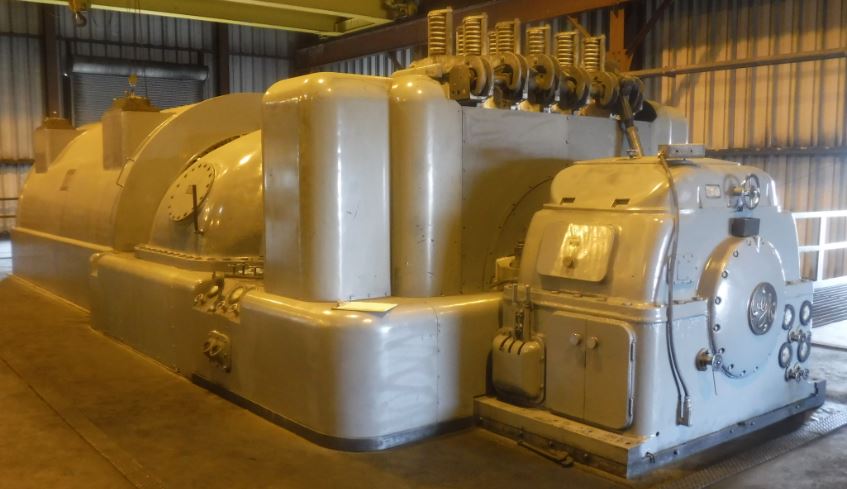 We met with the customer and discussed the goals of the Running Condition Assessment, how the unit was operating, and the plan to inspect and evaluate the unit to help determine a time frame for the next major inspection of this unit.

A walk down of the turbine and the visual survey portion of the RCA was completed. The detailed findings were included in a comprehensive 400 page final report. A vibration survey, thermal imaging survey and ultrasonic survey of the unit was performed while on site. The underside of the turbine was surveyed for the condition of the thermal insulation and other visual defects. The auxiliary equipment which included the generator and coolers, lube oil tank, pumps, gland exhaust system, steam traps, and pipe hangers was also surveyed.  Running readings were obtained from local instrumentation as well as from the units control system.

The end result provided the customer with an assessment of how their turbine generator set was currently operating, as well as the trending data from previous years’ assessments.  This data was analyzed and discussed at the customer meeting, allowing the customer to budget and tentatively schedule their next Major Inspection based on the year over year trends and recent assessment findings.  The goal of the RCA program is to help customers extend the duration between Major Inspections, while assessing and correcting minor issues on an annual basis. 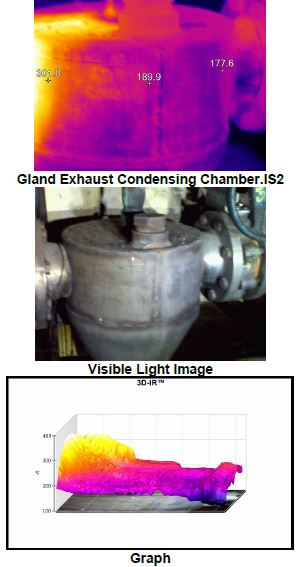 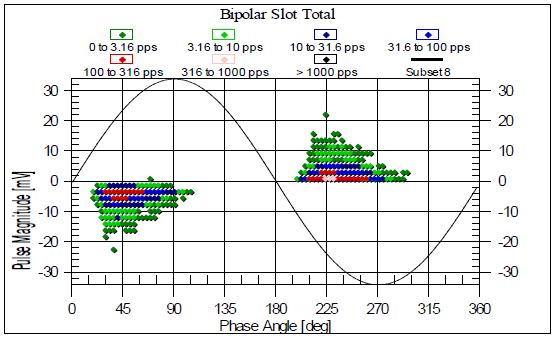 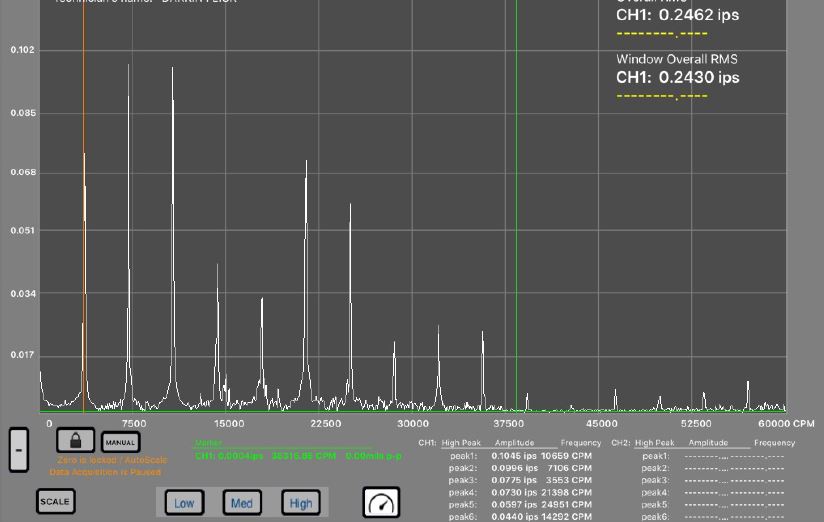 Our Field Machining Division was dispatched to repair an inboard fan shaft for a Utility customer in the Midwest.  We mobilized a total of 4 specialty field machining personnel, and began the process of machining the inboard fan shaft which had severe shaft damage and hard spots.  We cleaned up 100% of the shaft, had hardness checks performed, and then proceeded to final hone and polish.

The total duration of the project was 3 days from start to finish, and the end result was another satisfied customer.  The photos below will give you an idea of the severity of the original shaft damage, as well as the final condition upon completion.  Another great project by our Field Machining Division! 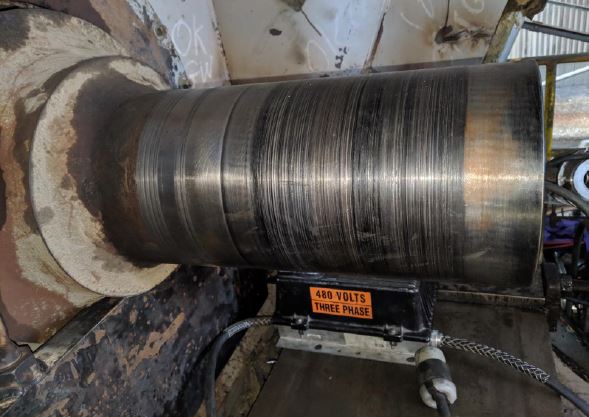 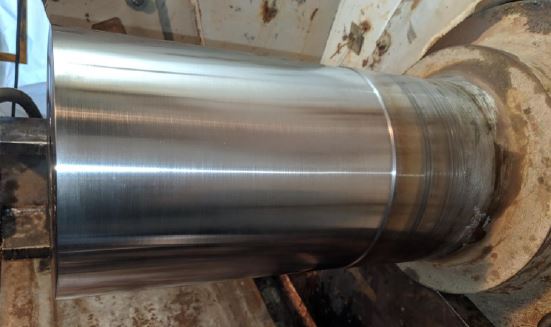 We’re lifting the LP upper half casing on a Westinghouse Steam Turbine.   Great attention to detail and planning is required to perform a safe, quality lift of this nature.  Nice job team! 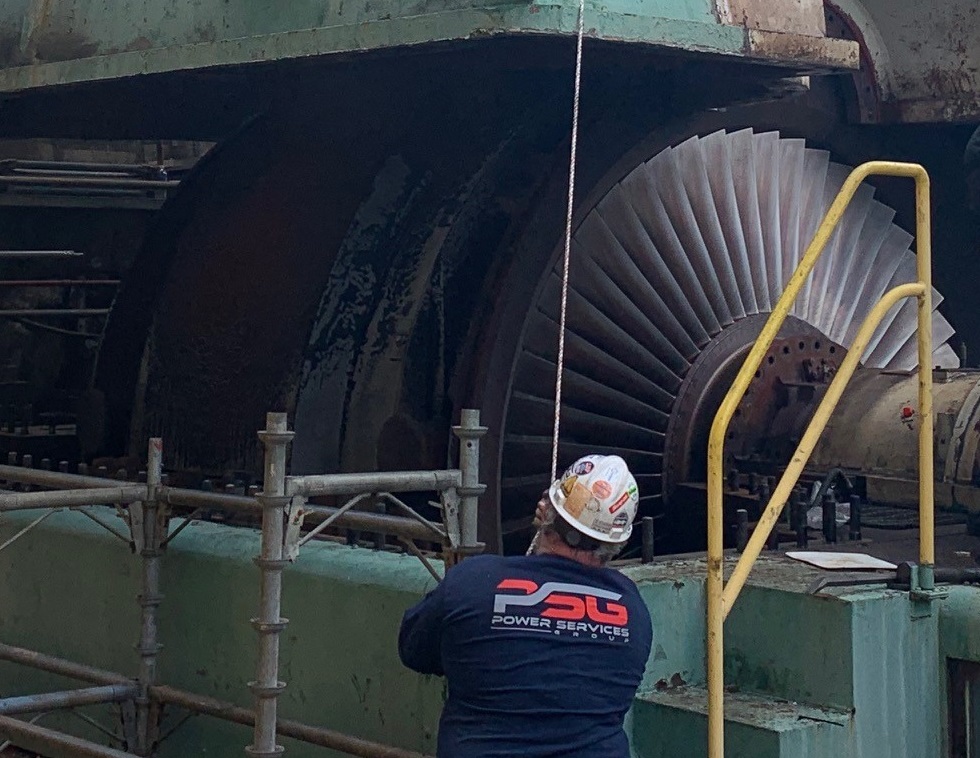 We are seeing many inspections scheduled on the D-11 fleet of steam turbines all across the United States.  This fleet has very specific needs when it comes to maintaining and repairing them, and we have solutions for many of the common repairs needed.  From the diaphragms to the packing boxes, and every other component on this machine, we offer repair solutions that will provide you with an efficient and reliable turbine for the foreseeable future.  We will execute a turnkey field service inspection at your site with our qualified Technical Field Advisors and turbine execution teams, perform any of the steam path repairs (rotor, diaphragms, etc.) at our Midwest Steam Path Repair Facility, as well as inspect, repair, and manufacture new components for the associated steam valves at our Southeast Valve Repair Facility.  If you have any inspections scheduled on your D-11 steam turbines please contact us today to learn more about what we can offer. 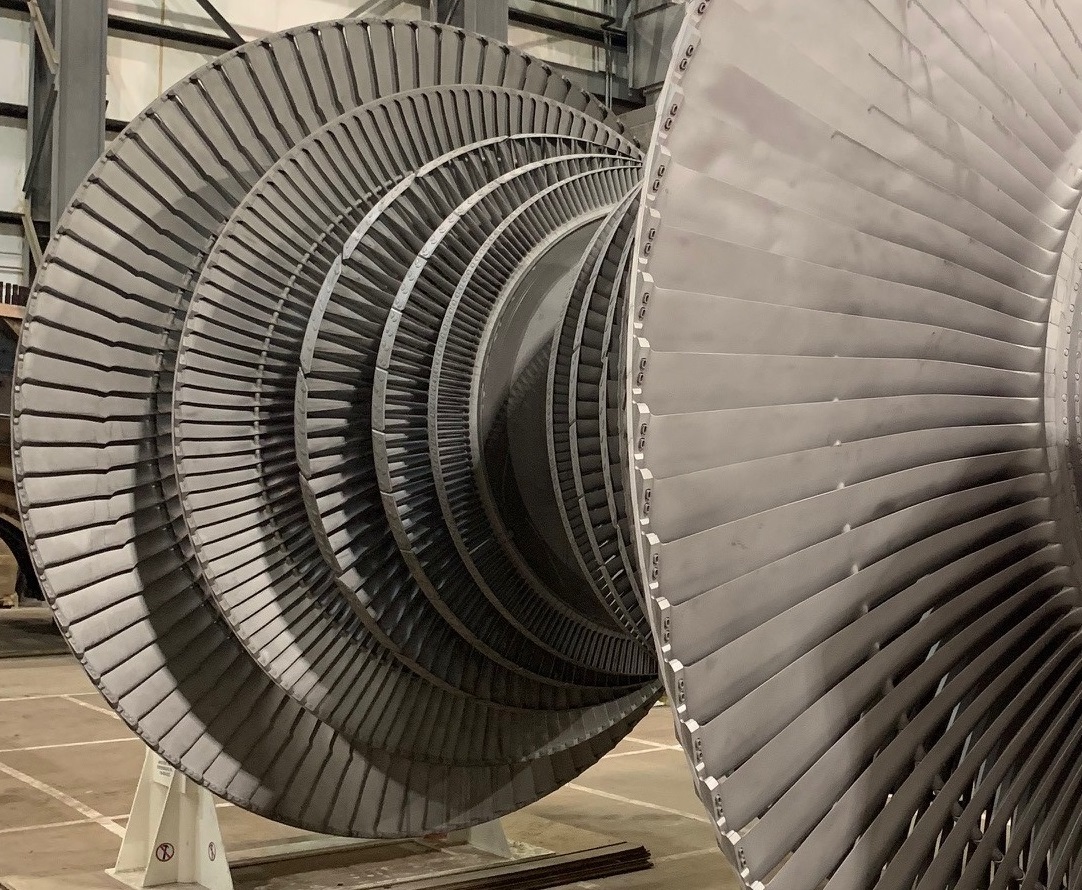